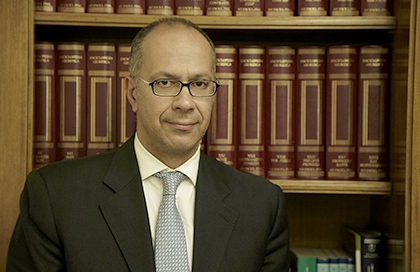 Born in Rome in 1967, graduated in Law at the La Sapienza University of Rome in 1992, with a thesis entitled “The repression of anti-union conduct before the administrative judge”.

Enrolled in the Bar of the Rome Bar and “Supreme Court” since 2008. Expert in labor law, trade union law and social security but also competent in matters of civil, administrative and European Union law; he continuously carries out activities in the judicial field and has had the opportunity in particular to consolidate his experience as a defender before the Supreme Court of Cassation and to personally handle several important cases examined by the Court of Justice of the European Union; he assists companies on a daily basis in the management of both individual and collective problems, favoring a way of approaching consultancy, in general, as well as a relationship with the personnel managers of the companies themselves, in particular, inspired by pragmatic and effective criteria.

He has a good knowledge of English language (“upper intermediate” level).