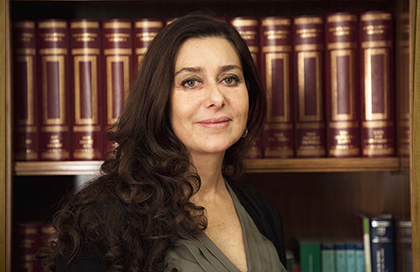 Lawyer and Partner of the Firm.

Associate Professor of Labor Law at the Department of Law of the Roma Tre University since the 2011/2012 academic year.

Eligible for National Qualification as Full Professor in the 2013 competition round.

Former Professor of Social Security Law at the Faculty of Economics of the University of Rome Tor Vergata from the 2009/2010 academic year until the 2012/2013 academic year.

Former Researcher at the Faculty of Economics of the University of Rome “Tor Vergata” from the 2008/2009 academic year.

Thanks to the academic experience gained over the years, she carries out his professional activity mainly dealing with consultancy in the field of Labor, Trade Union and Social Security Law.

She collaborates assiduously with the main scientific journals on the subject and is the author of numerous publications.

She took his first steps in the legal profession by collaborating in London and Rome, from 1998 to 2000, with the law firm Baker & McKenzie, hence the good knowledge of the English language.